When the Los Angeles Fire Department launched their drone program back in December to help combat the rampant wildfires that were affecting the city, it was a big deal.

Major news organizations around the country picked the story up, and reported on the innovative approach the LAFD was taking to do everything they could to stop the fires.

The story was so widely covered, and the LAFD is held in such high esteem, that at the time we speculated that the launch of their drone program could represent a tipping point that would lead to widespread adoption by other public agencies throughout the U.S., and possibly the world.

We already have a group of firefighters FAA-certified to fly drones, and soon drones will be helping with structure and brush fires, and with accidents, water rescues, and a lot more. The L.A. drone program is going to be one of the biggest in the world.

But what specific steps did they have to take to launch their drone program?

Given the size of the city of L.A., the potential bureaucratic hurdles required to actually launch something so new were significant. In this article, we’ll share the step-by-step process that was followed for the LAFD’s drone program approval to be expedited, so that the department could have UAVs at their disposal to help with the devastating outbreak of wildfires.

By sharing this in-depth information, we hope that other fire departments can follow a similar approach to help develop and launch UAS programs in their cities. Not all cities will need to take as many steps and include as many stakeholders as are listed out below, but by seeing how this process unfolded in a city the size of Los Angeles, we hope other cities can learn how they might be able to plan and expedite the incorporation of drones into their operations as well.

A quick note: We owe a big thank you to our friend and Drone Pilot Ground School alum Derrick Ward for the information presented in this article. Derrick led the creation of the drone program in L.A., and he’s generously shared his time with us to inform our reporting on the LAFD’s drone program launch and related stories.

Derrick doing a demo for the media outside Los Angeles

1. Proposal of the Drone Program to the Board of Fire Commissioners

In June of 2017, the LAFD submitted a formal proposal to the Board of Fire Commissioners outlining its proposed policy governing the use of UAS in their operations. As part of their submission, they included an in-depth draft of an operations manual that was 30 pages long.

Following the submission of their proposal, key representatives from the LAFD took part in a “strategic plan on innovation” with city and fire representatives.

3. Presentation to the Board of Fire Commissioners on Draft Operations Manual and Policy of Use

Here is an excerpt from the proposed Use Guidelines:

We envision this technology being applied in two phases. Phase I will focus on use scenarios limited to:

Phase II will be identified as the period of time after which the Department has completed the FAA’s process and obtains a Certificate of Authority. These use scenarios may include:

This step was crucial for getting buy-in, and demonstrating that the proper review steps had been taken to involve key stakeholders—not just those more internally concerned with operational matters, but also those concerned with how a drone program might be perceived by the public.

This review helped make the LAFD’s follow up letter to the Board of Fire Commissioners from Fire Chief Ralph Terrazas that much stronger. 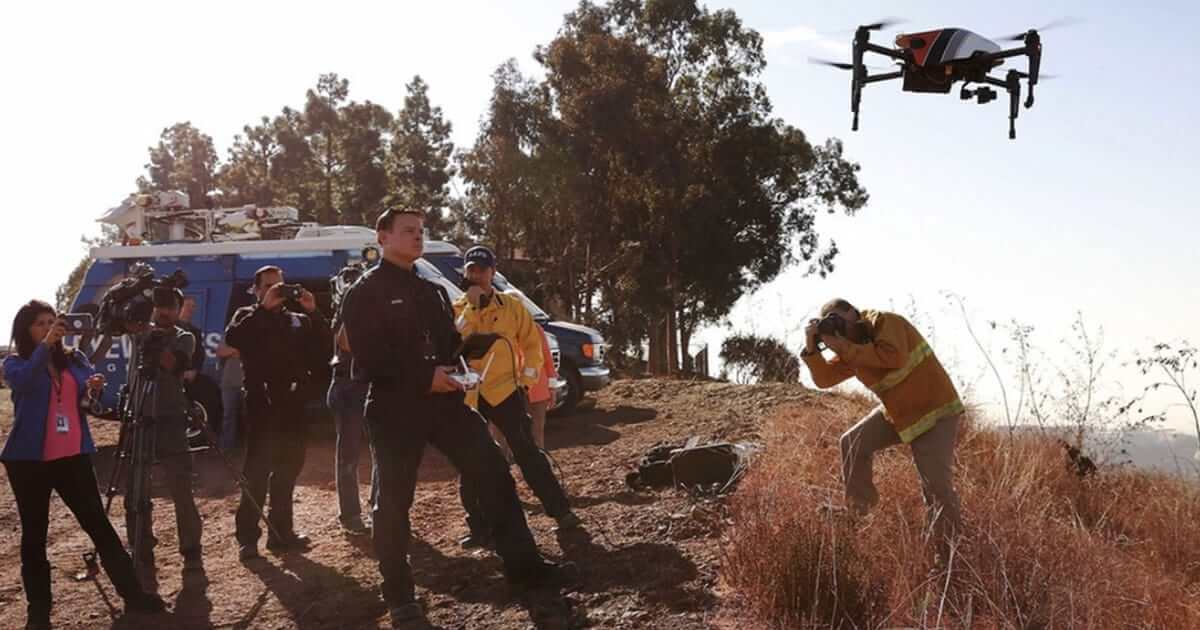 The remaining steps are pretty self-explanatory, and were primarily focused on including key stakeholders, and providing maximum transparency and opportunities for interested parties to both see the value of the proposed drone program, and have a voice in how it was shaped:

7. Presentation to City Council for vote

8. After City Approval, Request to City Attorney for Declaration Letter

9. Declaration Letter Sent to FAA to Apply for a COA

Want to learn more about applying for a COA? Check out this article on the process.

By luck, the LAFD received their COA in December, right around when the wildfires hit.

Because they had already put in all this work they were able to launch their drone program quicker than anticipated, and get it up and running to help with the wildfires.

As you can see, even though the launch of the drone program was expedited in December, the LAFD had already done the lion’s share of the work to both create the necessary documentation for launching—they had a 30 page Operational Manual in place, as well as a Policy of Use—and to loop in the appropriate stakeholders for approval.

Do you want to build a drone program in your public agency, but don’t know where to start? We hope this article will help you get started with thinking through all of the steps you’ll need to take for a successful launch. 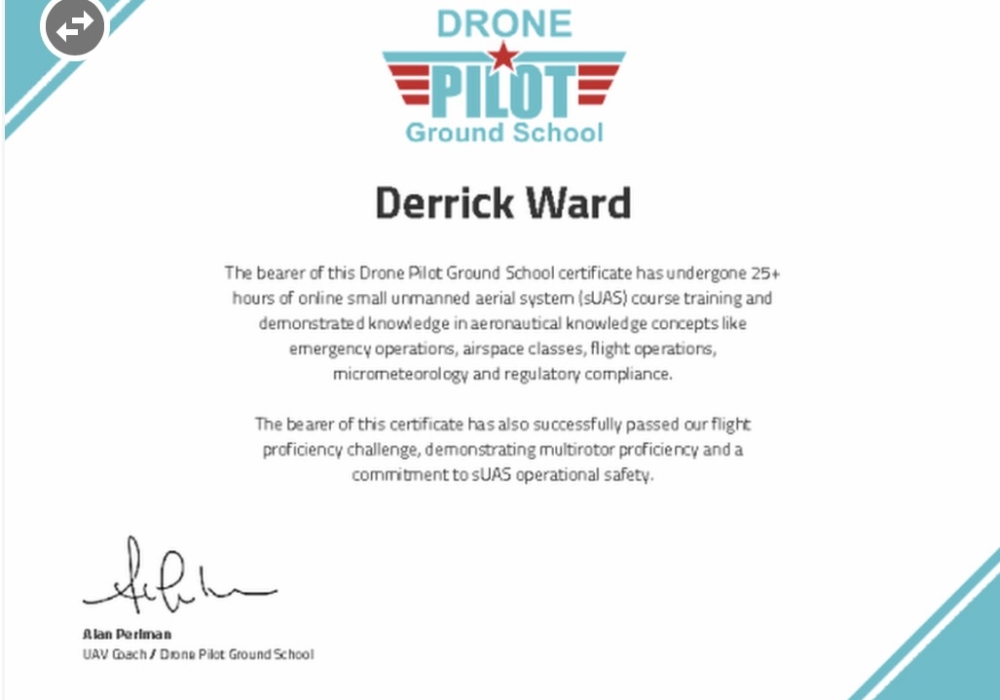 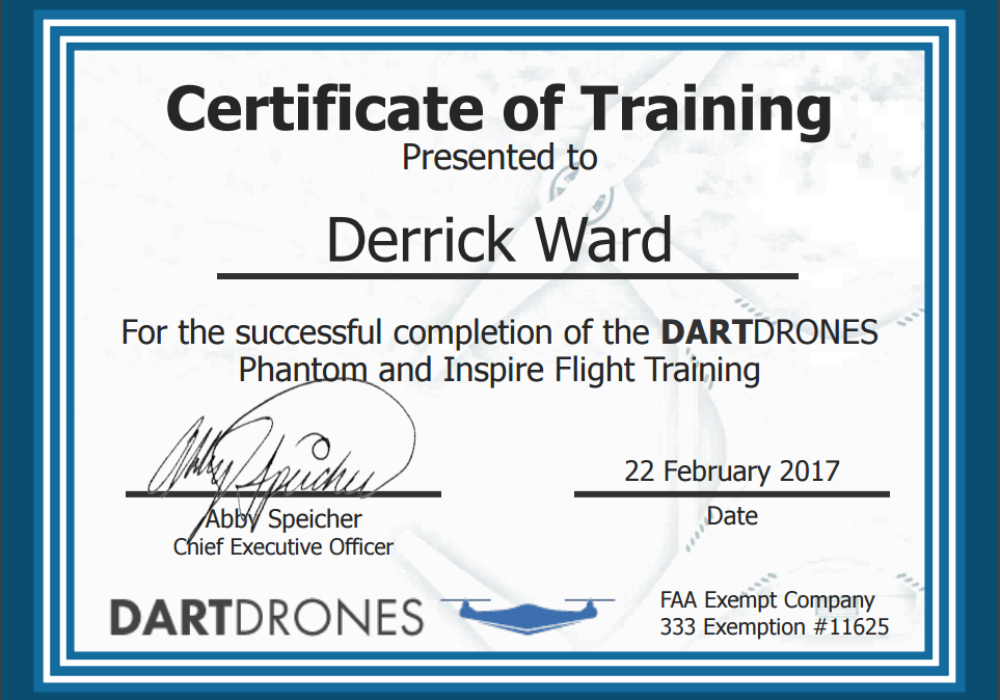 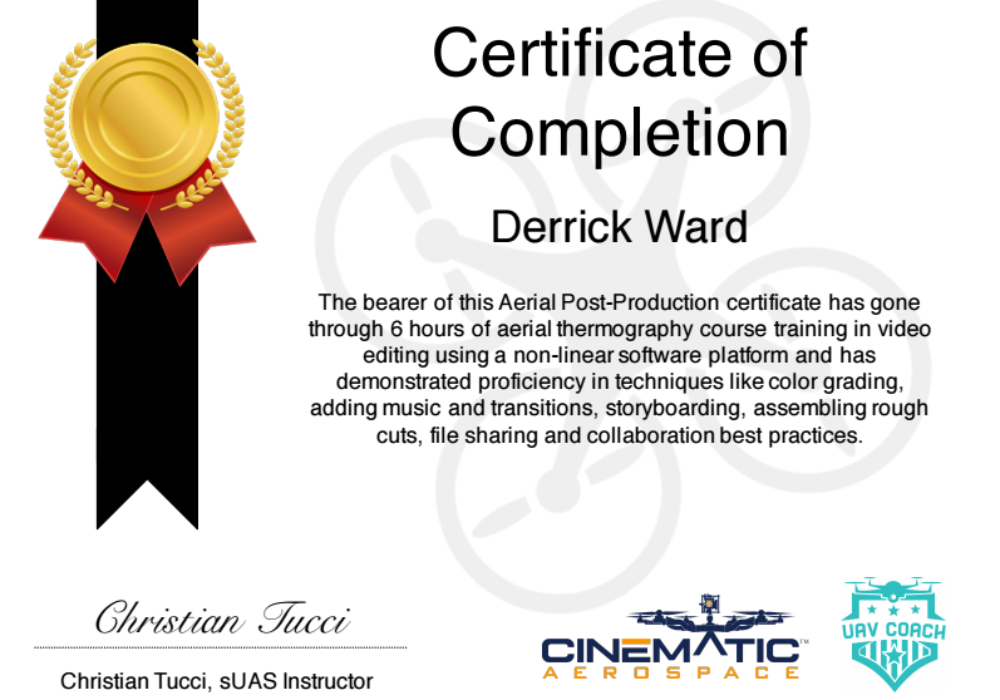 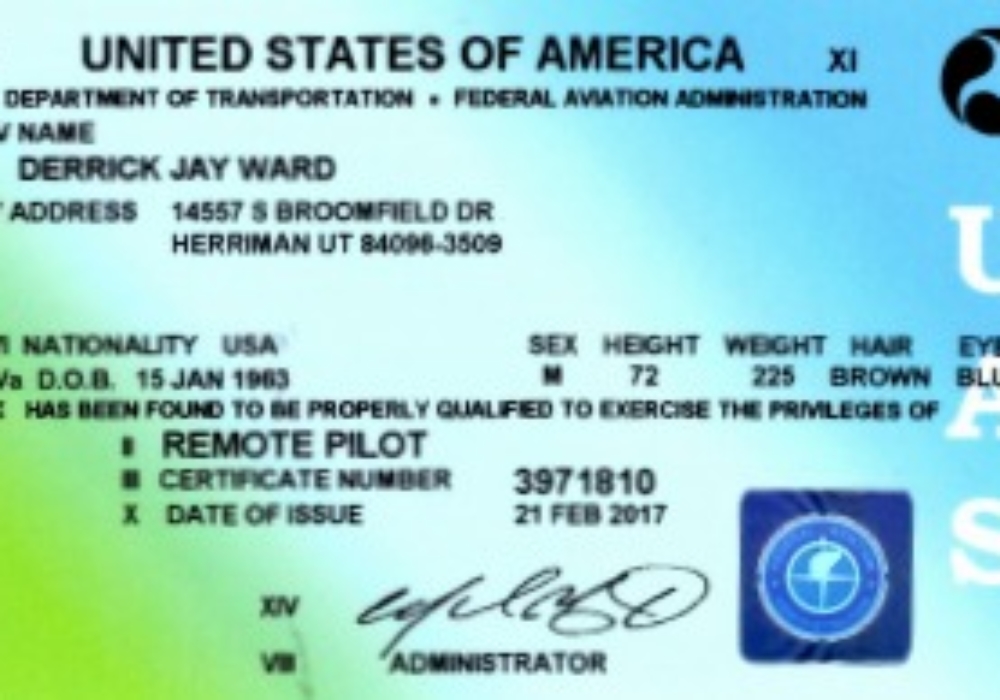 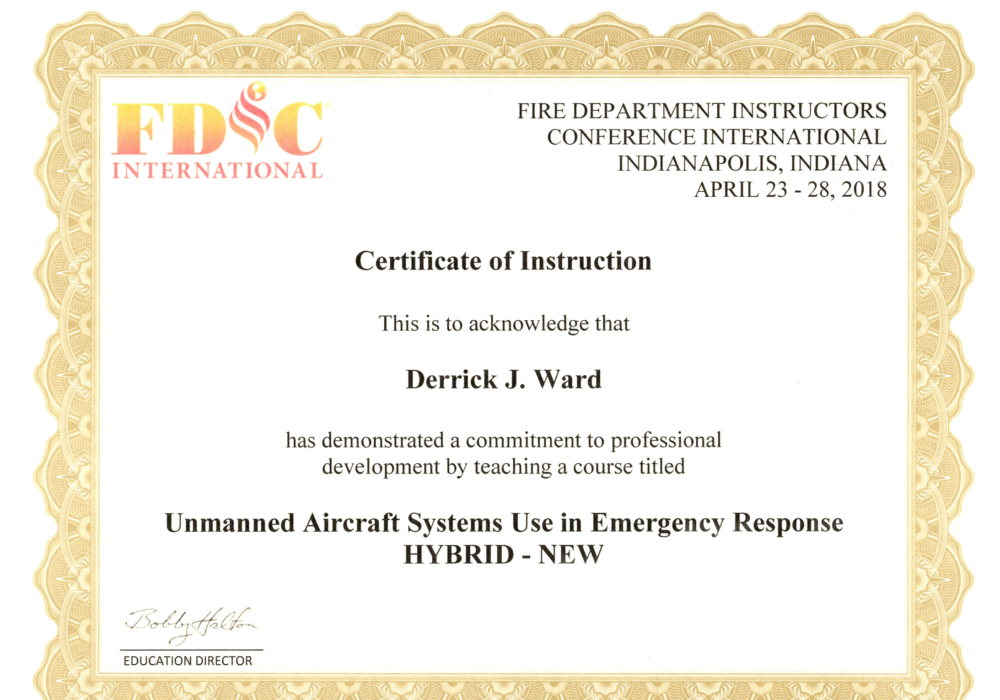 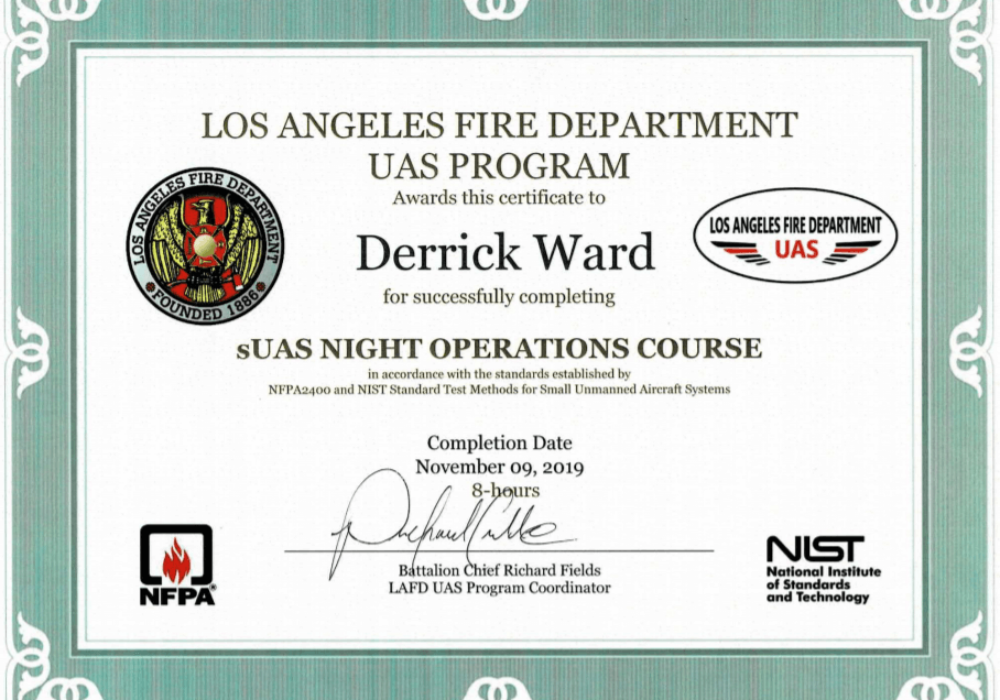 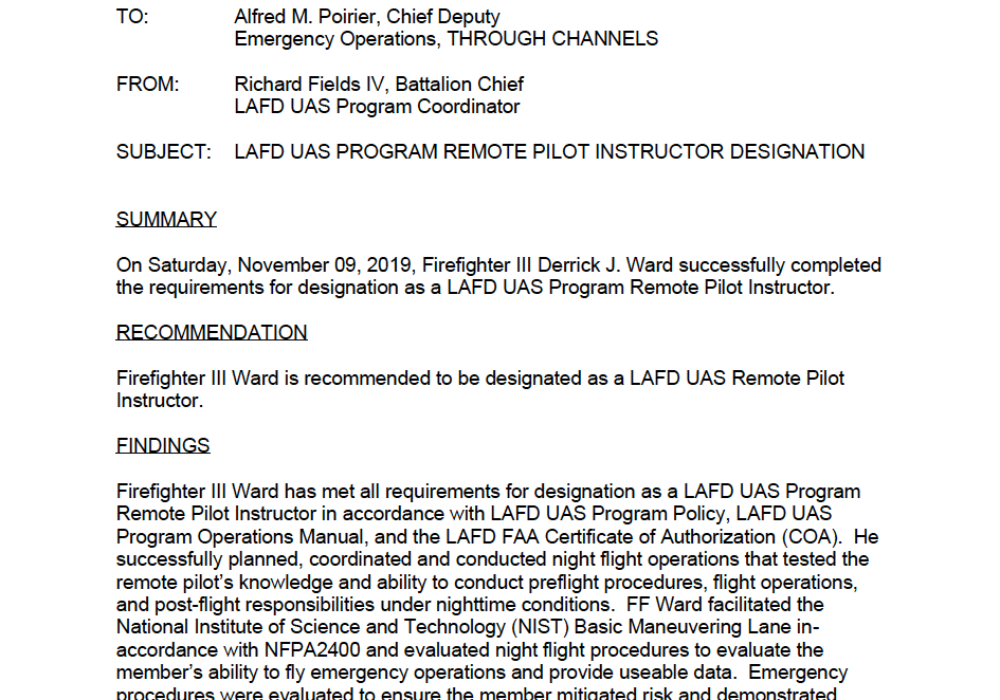 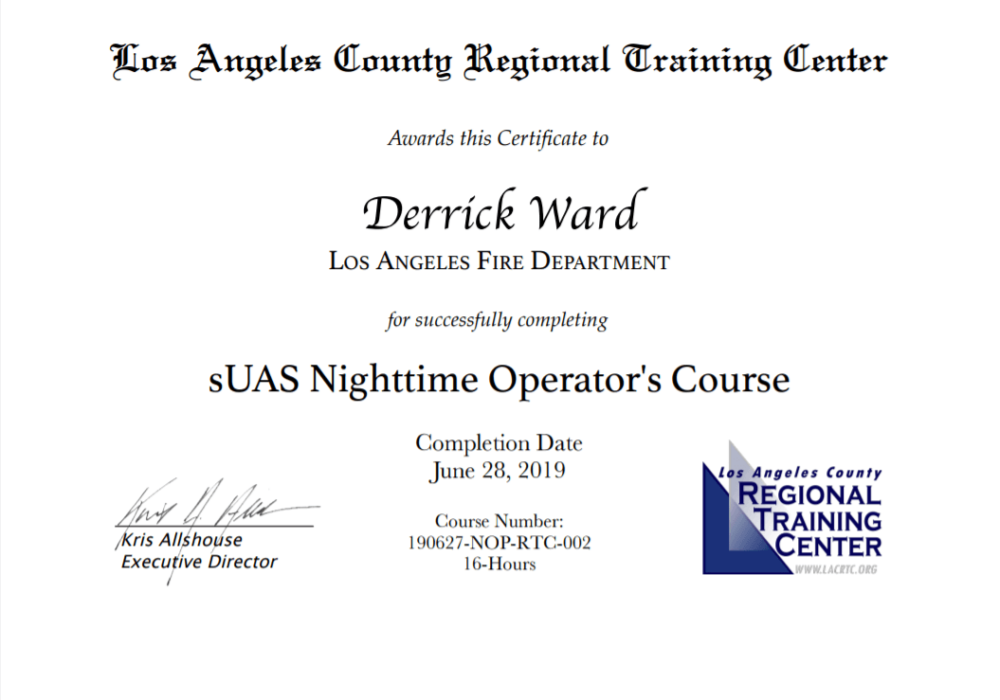